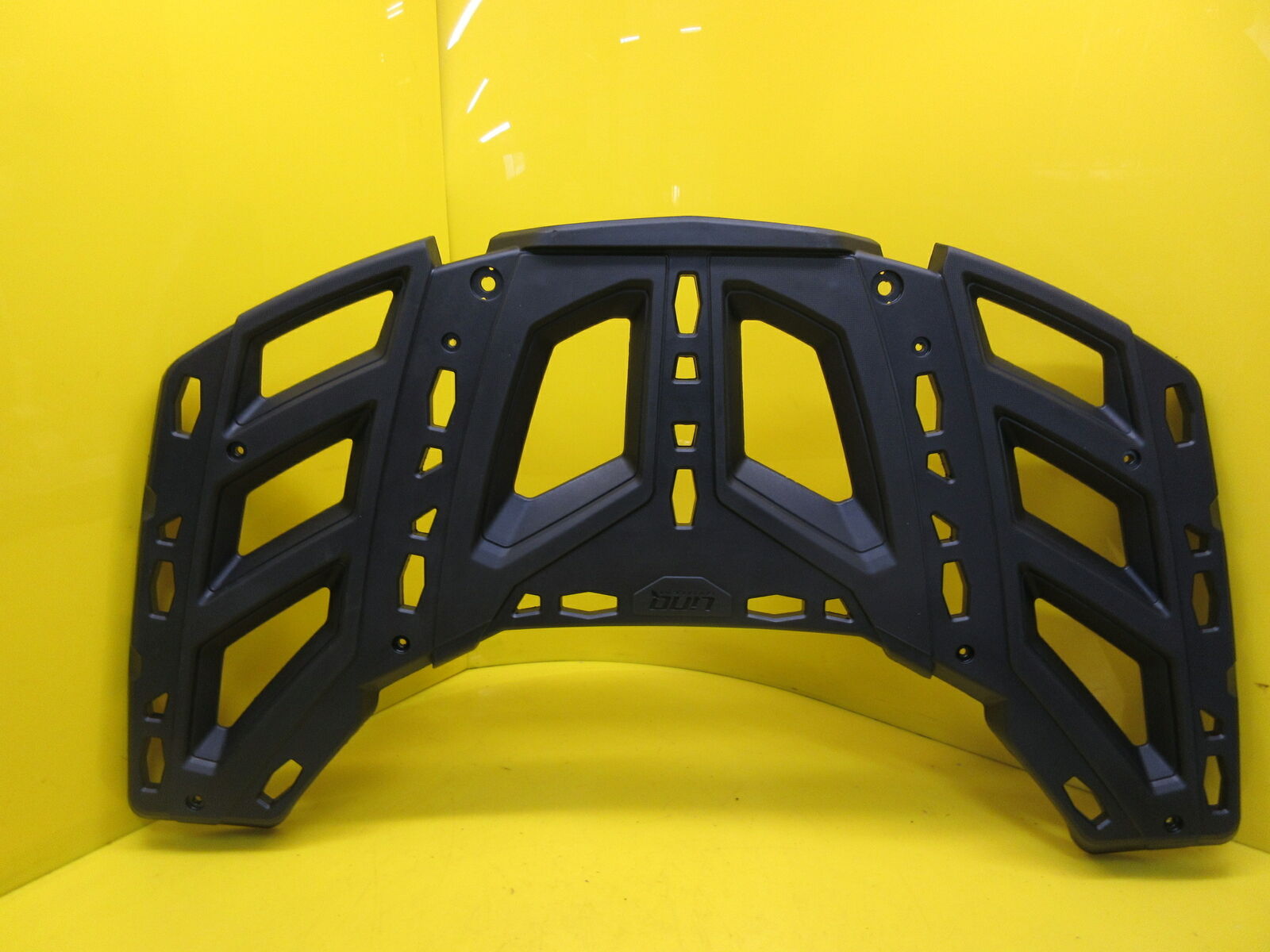 Condition:
New other (see details)
Seller Notes:
“PLEASE READ THE FULL DESCRIPTION AND TERMS OF SALE, AS WELL AS LOOK AT ALL THE PHOTOS IN OUR ENTIRE LISTING PRIOR TO MAKING A PURCHASE OR ASKING A QUESTION. WE STRONGLY ADVISE YOU VIEW THIS LISTING ON COMPUTER AND NOT THROUGH A MOBILE DEVICE OR MOBILE APP AS THE FITMENT GUIDE AND OTHER INFORMATION MAY NOT DISPLAY PROPERLY. This is a brand new old stock part that we obtained from a dealer that was clearancing out some old inventory. This is a brand new OEM genuine rear rack item with a part number of 705003559. This is missing the package. This MAY have fitments on the above listed models in the fitment guide per the manufacturer, but note that list may not be all inclusive on every model stated so please confirm your specific model and part number prior to purchasing, as we do not allow returns.”
Modified Item:
No
Country/Region of Manufacture:
Canada
Type:
rear rack
Manufacturer Part Number:
705003559
Brand:
Can-Am
Warranty:
No Warranty
UPC:
Does Not Apply

DigitalDonne  constitutes volume 1 of The Variorum Edition of the Poetry of John Donne (8 vols. in 11 parts, Indiana UP, 1995-), a collaborative edition drawing on the labors of over 30 scholars from the United States and abroad. The project was organized in 1980 and has enjoyed support from the National Endowment for the Humanities since 1986.

The edition’s primary aim is two-fold: to produce a newly edited critical text based on exhaustive analysis of all known manuscript and significant print sources of Donne’s poetry; to present a complete digest of critical and scholarly commentary on the poetry from Donne’s time to the present.  Under the general editorship of Gary A. Stringer, Volumes 6 (The Anniversaries and the Epicedes and Obsequies) and 8 (The Epigrams, Epithalamions, Epitaphs, Inscriptions, and Miscellaneous Poems) were published in 1995; volume 2 (The Elegies) in September of 2000; volume 7, part 1 (The Holy Sonnets) in November of 2005; volume 1 (DigitalDonne) in the fall of 2010;  volume 3 (The Satyres) in December of 2016; and volume 4, part 1 (The Songs and Sonnets: Topical and General Commentary) in November of 2017.   Under the general editorship of Jeffrey S. Johnson, The Verse Letters (vol. 5) was published in June of 2019 and the remaining Divine Poems (vol. 7.2) in January of 2021.  Two remaining parts of the Songs and Sonnets (vols. 4.2 and 4.3) are forthcoming in 2021.

Through the hyperlinks at the top of this page, this website provides information about the edition’s history, materials, procedures, and personnel, as well as access to a substantial arsenal of Scholarly Tools and Resources for the further study of Donne (in particular) and other Renaissance writers.  Included are first-line indexes of major editions and manuscripts; a comprehensive Excel data base base listing headings, first lines, and bibliographical details of all appearances of Donne poems in seventeenth-century artifacts; an archive of Panathinaikos Athens Basketball Training Worn Adidas Jersey 3XT of source texts; 20044 Jet Tech Power Switch Green -Ar Genuine OEM JTD20044; various cross-reference and finding lists; a Channel Plus #5214 DIN-Modulator Used exhibiting the hands of 195 seventeenth-century scribes who copied one or more Donne poems; and a comprehensive electronic concordance to Donne’s poems. With the permission of the University of Missouri Press and Duquesne University Press, we also here present PDF versions of the first three of John R. Roberts’s annotated bibliographies of modern Donne criticism (which cover the years 1912 to 1995); and—as an original online publication—we here present the fourth volume in Roberts’s series, John Donne: An Annotated Bibliography of Modern Criticism 1996–2012.

A significant recent innovation, which provides virtual access to the most important of the early editions and manuscripts upon which the Variorum is based, is our collection of Digital Facsimile Editions. In addition to Donne’s holograph verse letter to the Lady Carey, this collection includes the 1633, 1635, and 1669 editions of Donne’s collected Poems, as well as the St. Paul’s, the Westmoreland, the O’Flahertie, and the Dolaucothi  manuscripts.  Editions of the Dublin I and the Cambridge Balam manuscripts of Donne’s poetry are in progress, and a uniquely annotated copy of the 1654 Letters to Severall Persons of Honour is also presented.